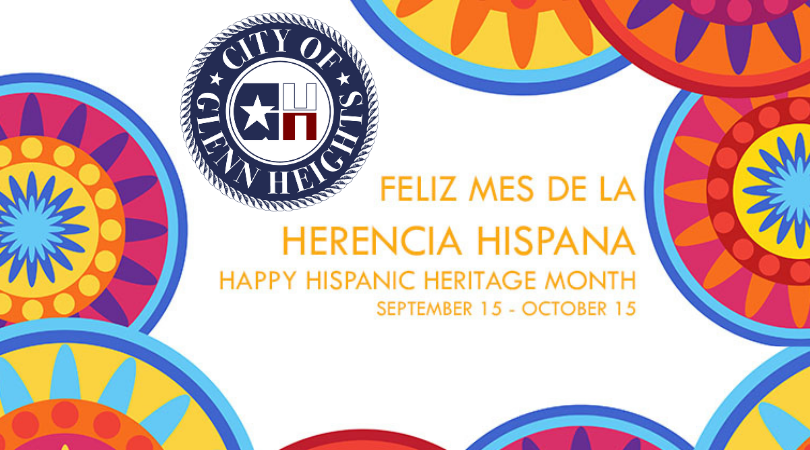 What is Hispanic Heritage Month?

From September 15 through October 15, National Hispanic Heritage Month (HHM) is observed across America, in celebration of the independence of several Latin American countries and the contributions that have infused America.

The City of Glenn Heights recognizes and observes the rich history and significant contributions that communities of Latin descent have contributed globally.

When was it first recognized?

Why was this time period selected?

September 15 was chosen as the starting point for the commemoration because it is the anniversary of independence of five Hispanic countries: Costa Rica, El Salvador, Guatemala, Honduras and Nicaragua, who all declared independence in 1821. In addition, Mexico, Chile and Belize celebrate their independence days on September 16, September 18, and September 21 respectively.[6]